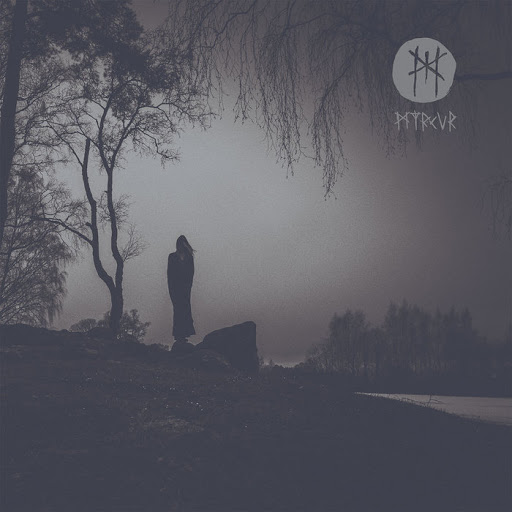 This is a piece I wrote five years ago when Myrkur released her debut album M, through Relapse Records. During the period 2014 - 2015 there was a lot of talking around this project and especially their initial self-titled EP, there was still a lot of mystery surrounding it so the actual first full length was a bit of a big deal. The following was more of a rant, a series of thoughts I had for the record and its conditions, unfiltered and not written down as proper text, but more like a reaction. I hadn't posted it here then and it's interesting to read it in retrospect, half a decade later with more Myrkur material to contemplate upon.
------
A new Myrkur release inside 2015 was a given in my mind, when I was thinking of upcoming releases back in the beginning of the year. With the ridiculous amount of promotion this project got when the debut, self-titled EP was released in 2014, it was only reasonable to continue and bring together a full album while the news are hot. It seems like this Danish woman managed to draw the attention of the whole metal scene and with her brainchild “M”, all the hype and the fame is put to the test.
The record contains eleven new compositions and a total length of thirty six minutes of music, sticking to Danish titles instead of English, as in the EP. It was produced by Ulver's Garm, a person who has stayed close to the band from the start and naturally, Myrkur remind of Ulver a lot. I would not hesitate to say they reach the magnificence of Ulver's early discography, but it is in the same spectrum and that's good for the fans. The core of “M” is it's atmosphere, which is built by ambient sounds, ethereal vocals and the slow-paced guitar melodies. One can understand the essence of the record if one looks at Amalie Bruun's musical roots. She has stated that she grew up with classical and choral music, and how “M” is a combination of classical music and the traditional black metal feels of nature, mountains and forests, rivers and fogs. So, if you can imagine spending time alone in the forests of Denmark, this could easily be the soundtrack of the adventure. Being a pianist as well, there are a lot of moments of keyboards around the album too.
What seperates it and makes the sound distinctive is definitely the vocals. There are multi-layered choral vocals everywhere, much more often than the harsh black metal screams and I believe it's what characterizes the album and the musician behind it. There are tracks with vocals only, like “Vølvens spådom” and “Byssan lull”, which combines her supernal voice with a soft piano line. Apart from Garm, there are other famous musicians involved in the record, like Teloch from Mayhem and Øyvind Myrvoll from Nidingr. In “Mordet”, which is one of the most direct metal tracks of the record, no other than Christopher Amott of Arch Enemy did some of the guitar parts. “M” is mostly middle paced and it's guitar lines are close to post-black metal and a bit of doom, at some points and some riffs. It's soft and dreamy for the most part. It flows naturally, even when it gets angrier, like in parts of the first two tracks or in the penultimate, “Skaði”. The outro is a melancholic and lovely piano piece that I absolutely enjoyed. 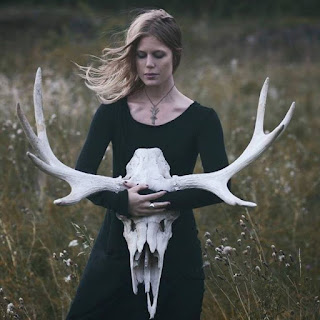 However, after spending time on it, it hasn't quite settled and it hasn't left me impressed. It's not like the times when you listen to Wodensthrone and you feel it in your bones, you feel like “yes this is atmospheric pagan black metal”. It is one of the times that you are baffled by a band's reputation compared to their music. Myrkur are already an act everyone knows and when you listen to the music, you know it's Myrkur for sure. Amalie has fused her tastes perfectly and she has created a wonderful, easy-listening record that praises, above all, nature and many people will be blown away. In hindsight though, I'm not sure if I myself am completely convinced with the result. Some elements are somehow rudimentary (like some of the guitar ideas) and it holds a position where, it unfolds a bit of a more violent side with excellent screams but then again focuses on the melodic, clean atmosphere. I would like more intense black metal in the record and the record itself demands it at times. With it's strong moments, it also has other parts where it's just generic.
I was frustrated with the way Relapse treated Myrkur, giving them so much push everywhere with advertisements, mini movies and bold statements like “the future of black metal”. Really? This is surely NOT the future of black metal. I would label the band being much of black metal either, apart from a couple of aforementioned tracks, since the influences from atmospheric, classical and folk music are stronger in my opinion. In fact, this is less black metal than Myrkur was in the EP. Amalie's music is unrestrained and tricking fans into believing this is black metal does not stand well for me. It was all about a mysterious female nymph living in the woods and creating music, for some time the world didn't know her identity and I felt like it was all an income driven manipulation for the metal listeners.
With the explosion of atmospheric black metal the recent years (and many bands being born for this reason only, sadly I don't know if Myrkur come from that basket yet) I'm gonna be mentioning again and again the French act Alcest, because they should finally get the attention they deserve. As for Myrkur, I think “M” is a “proper” album that fits its purpose and will get solid feedback. Many people, and most of them outside black metal or even metal, will totally dig its content. Then again, I don't consider it a groundbreaking record and the next big thing. I will recommend it around for people to see for themselves and I have picked standout tracks like “Skøgen skulle dø” and “ Skaði” but that's about it. The story of a “black metal girl” reaching the stars of the metal world with her music black metal is nice indeed, but I would not approach the record like that. At all.
It would have been much more fruitful for her to go full neofolk and release a purely acoustic record of some sort, without any metal elements.
------
I'm quite happy to see that last sentence actually came true now in 2020, with Myrkur's latest release Folkesange. In a few days, M will turn five years old and whether it will still stand in some time from now (or if it is even standing now) is something for you to think about.
Listen to M:
on August 05, 2020