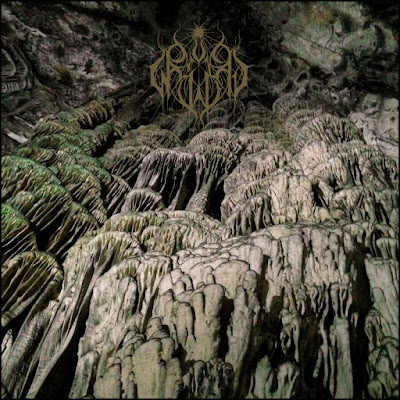 This German act had a hell of a start right from their beginning, since their first demo in 2011 featured two awesome tunes, while the EP that followed in 2013 is still one of my favorites from the current decade. Up until the debut Elder Giants in 2014, they were limited in self-titled releases, and they demonstrated a hefty brand of cold and distant black metal, based on dominating riffs. The first full length was a very convincing blow, where Sun Worship exercise their own sound in an excellent flow and haunting atmosphere, flirting with the electronics of early Burzum and at the same time, glorifying the power of their long compositions. It was one of the highlights of the year that gave justice to the potential of their first, rougher recordings.

Fast forward to 2019, when a lot has changed for the band. They are now a duo, instead of having three members, and also their new record Emanations of Desolation is much longer than what one would expect. With Elder Giants and 2016’s Pale Dawn clocking up to around thirty-five minutes, this new work has double the amount of tracks and double the amount of duration too. Apparently, the shift in the line-up boosted the inspiration of the musicians, who are also altering the sound of the band into something new and different from what they have been doing since now. The tracks in Emanations of Desolation are harsher and do not indulge into this deep atmospheric frenzy Sun Worship was playing before.

The difference can be felt clearly from the guitar lines of all of the tracks, but even more from the vocals, which are now clearer and more understandable compared to the older self of the band. This change has given out a rather organic record, which is pure in spirit and contains several memorable moments, with the structure of the compositions helping a lot to justify its duration. Sun Worship sound confident in Emanations of Desolation, and they are not afraid to use material that they could have easily used for more than one release. On a personal level, my excitement for the band has been slightly declining over the years, as I enjoyed Pale Dawn a bit less and now Emanations of Desolation, a bit less than before too.

I am a big fan of Elder Giants and at the same time, the artistic steps they take are at least forward, yet I don’t think they have surpassed themselves with the new album, which has strong moments and a few more undistinguished parts too. A kind of clean vocals are used around (for example in “Void Devourer”, an otherwise solid number), which come out somewhat flat and don’t add up to the adjacent epicness of the music, while a couple of stale tracks hide away the good moments of the record. I loved the interlude “Pilgrimage” as well as the track following it, “Coronation”. “Void Devourer” is definitely well made, yet “Torch Reversed” and “Soul Harvester” are inferior to the aforementioned.

Sun Worship close the album with a longer track, which also suffers from the same issue, as it consists of a few good parts and a few more dull ones. At first, I didn’t appreciate the beauty of Emanations of Desolation which made me question the notions behind it, yet after several listens I can see it is worth the listen from the fans. For me, apart from some aspects of it that I understand, I feel like it is a bit of a less alluring release compared to the wonderful previous albums, that doesn’t leave them completely off the hook for now. I don’t know if it is a coincidence, but I enjoyed about 50% of the material in the record, making me think that maybe they should have been pickier when deciding what would make the cut after all.