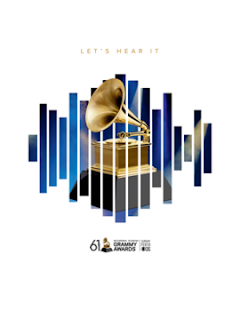 A few days ago, the glamorous and glorious event of the Grammy Awards took place where an expertise group of people decides, as always, the best moments of music of the previous year. As much as it doesn't mean shit to actual music listeners, I realized it's just a lot of fun to follow it.

The metal section this year had the following entries:


And for the first time in history, I was surprised and pleased by the result: High on Fire actually won this, which means: High on Fire now have a Grammy Award on their belts. It is like fake news, but it's real. I'm so glad the overrated as fuck Deafheaven lost. Take that, non-musical bands like Trivium and Underoath, yes, yeees! I would have never guessed this would be the outcome. Between the Buried and Me's track is rather fine, and I'm not a big fan of the winners either, but it is just wonderful that it happened.

No picks here are a surprise, and by no means "Electric Messiah" is the best metal performance of the year. However, compared to the rest of the bands, which are all in the bad part of the mainstream, came second to a stoner / heavy rock song. Times are wild.

If I were to put them in the right order: BTBAM, High on Fire, Underoath, Deafheaven, Trivium.