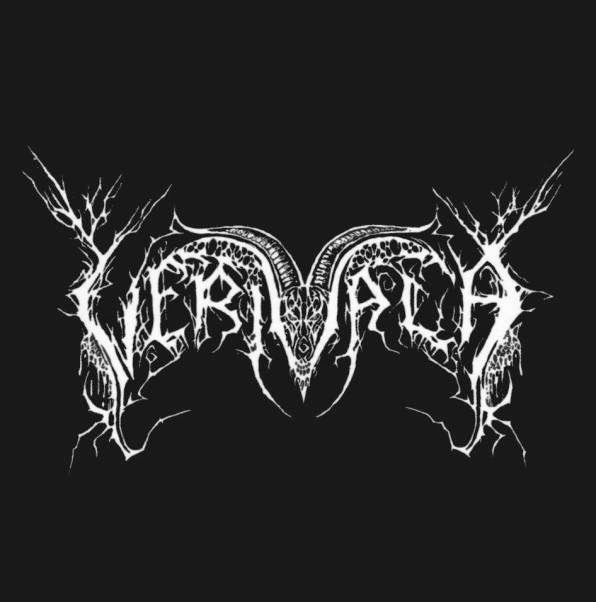 ~ There is a fluttering flame ~

The two members of this project have been involved in many projects and most of them sound nothing like this one. Verivala was founded in 2003 and the first album was released only a year later, named Voittomme, which should be "profit" in Finnish. All the song titles and lyrics are in Finnish and the front cover resembles the logo only, a really nice logo indeed. As far as obscurity goes, this act is ideal and it turns out the music is just the same. Verivala serve a ridiculously traditional sound of unfiltered punkish black metal in the vein of early Bathory and Darkthrone, true opposers to anything permissive in the genre.

With a main focus on black metal, there are a few punk and thrash metal elements in the tracks, mainly in the middle-fast paced riffs they use that remind a lot of the genre's early era. This does not change as the album progresses, the band chooses to keep the same style for as long as it lasts and the result is a foul record that belongs to the early nineties, and to the likes of the more angry fans of the scene. Voittomme clocks at half and hour of edgy and lively black metal against it's time, with as simple characteristics as possible in terms of music and lyrics (going with satanism and the occult).

As Verivala are probably a side project of the members, who give more attention to their main bands, Voittomme might have been recorded and composed really quickly. Yet, it's a very good continuation and addition to classic albums, being great listening to even if the references are quite strong. The production of the album is noisy but really balanced, as you can hear all instruments including the bass, which is not left out but present at all times. The sound of the guitars is cold and cutting, creating the distinct sound of the album as well.

I think the most remarkable aspect of this record is the disgustingly painful and agonizing vocals. If pure hatred and severity can be expressed by a voice, this man's here is surely a great example, to a point that it makes the record even more difficult to approach on a first level. It pushes the intensity of the record to the edge of the cliff and is the main element that makes Voittomme a more personal and crooked effort by the band. Their music reminds a lot of bands like the ones mentioned above but it still is unique, and a refreshing piece of two lunatics' fury.

Bands like Verivala are always interesting to listen to, especially when black metal has taken so many different directions after the 00s. Goat Tormentor, one member of the band, has also played in Swallow the Sun and Barren Earth, while Atvar is also in Circle of Ouroboros and Prevalent Resistence, their talent can't be ignored. Voittomme flows nicely once you get the grip of it and pass over the vocal barrier and after that, it's a true beauty for all black metal freaks. The best tracks here are "Liekkeihin (Into the Flames)" and "Sasta (Filth)", while the last is named "Jeesuksen Muistolle", which means "In the memory of Jesus". Way to go there.