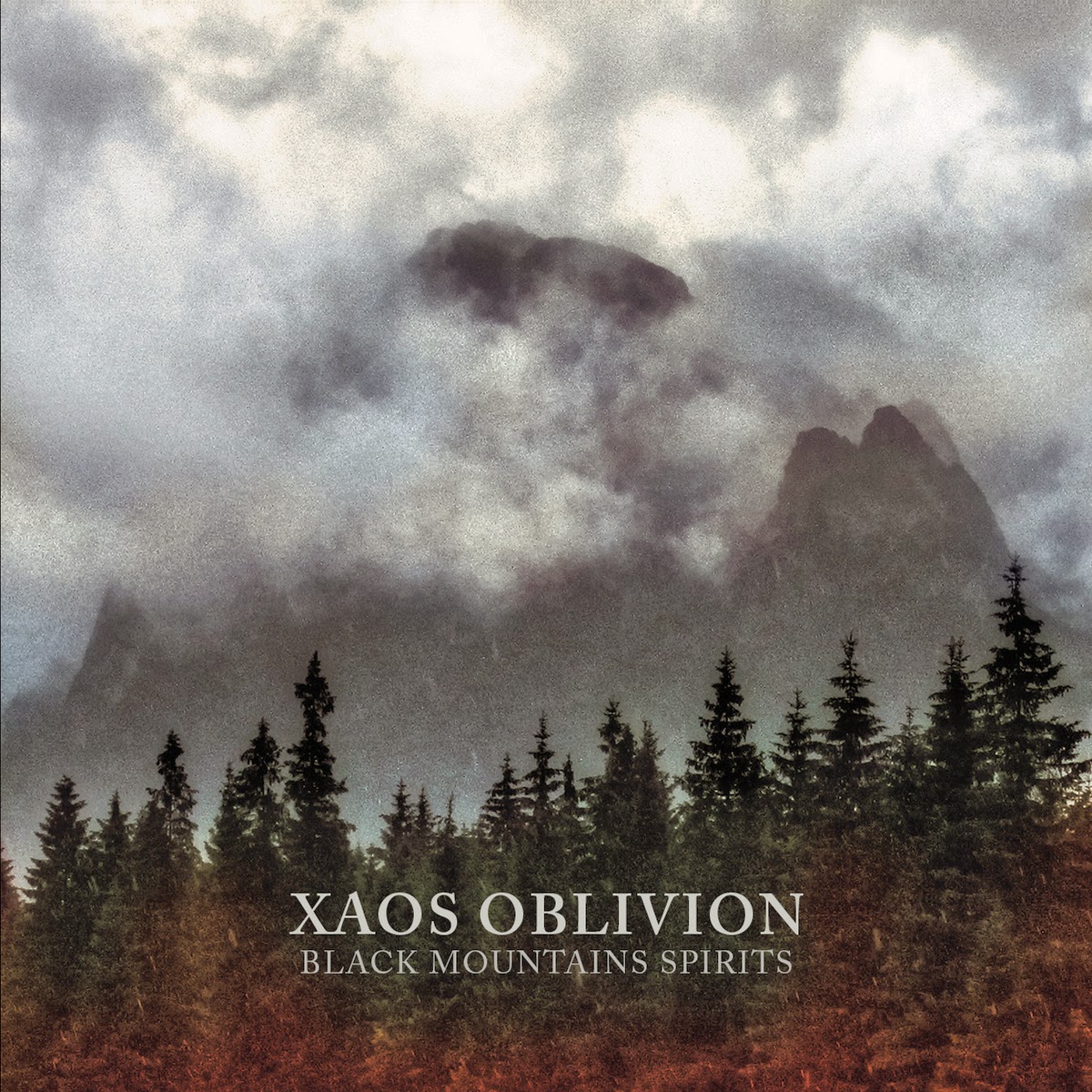 It surprises me that I have never heard of this band, especially when their new album is being released and promoted by our own Nykta Records, a label I try to follow nowadays. This Polish project is led by one guy and he has already released four albums including this one, since 2008 that he's been active under this particular name. Black Mountains Spirits is a blend of black / doom metal with some ambient elements and it anxiously tries to chew the walls of it's closet to get out, standing right to the standards of a typical likeminded fan.

First of all, the album has a really good and clean production, not following the trend of solely dirty recordings of other bands. The atmosphere is of major importance and the proper sound needs to support it, therefore something like that is needed for sure, as it creates the feeling and the vibe the album aims for. Not many effects are necessary either, as the music is funereal enough on it's own to express it's claustrophobic misanthropy. Black Mountains Spirits has a cool cover as well, with more intense colors than usual, depicting a basic forest location.

The compositional variety of the record is not limited but not overburdened either, focusing on growls  and clean vocals, slow paced riffs and sometimes samples or ambient moments. The guitar lines are more simplistic that I might have wanted, but they don't reduce the overall level of the tracks. In overall, Black Mountains Spirits is legit and interesting, yet I would say it is a bit shy and doesn't dominate with it's atmosphere, keeping a silent stand for as long as it lasts. The tracks last around ten minutes, apart from the outro which only goes at two minutes, and the second track "Of Mists and Spirits".

Xaos Oblivion does not demonstrate tremendous skills on the instruments either, maintaining a style where he feels comfortable and working on the tracks from a couple of checkpoints each time. Listening to the album, one can see that there are similar elements between the songs and that might be to obvious to go unnoticed. The samples can be found in the beginnings and the endings of the tracks, where "Wind (Endtime" is played on a clean guitar and has a nostalgic / sorrowful melody, similar to any post-black metal band.

I think the third track "Paths" and the fourth "Wyryte Na Kamieniach (Carved On The Stones)" are the strongest here, as they quickly caught my attention and held on to it for some time, even though I don't think they are actually better songs than the rest. Black Mountains Spirits is a legit album and I appreciate the effort of Xaos Oblivion, yet I was not blown away by it, for a little more energy would not be bad. For fans of slow and atmospheric funeral doom metal, it is a band you have to listen to, and their other albums to, I don't know.