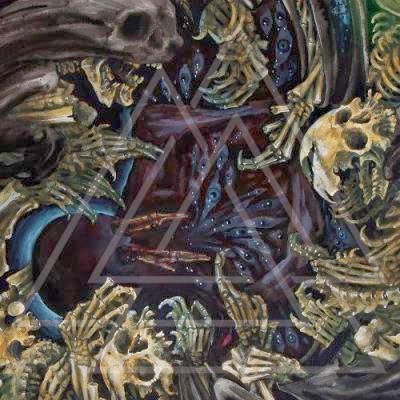 The known supergroup returns with a third and final album, as they have announced that this will be the last record ever to be recorded under the Twilight entity, for reasons unknown but respected. Many musicians from many different styles have come and gone in the band, which retained a basic black metal sound since it's conception in 2004, offering a couple of interesting albums to listen to. I can't say I'm a big fan of them after all, as it wasn't but a couple of moments that I felt something in their albums, yet that made me even more curious to listen to their swan song.

While the debut record was driven by the downer attitude of Wrest of Leviathan and Malefic of Xasthur, who both contributed heavily into it, the second was a bit different, missing Malefic and instead keeping Isis and The Atlas Moth members. Today, an even more surprising attendance is no other than the frontman of Sonic Youth, Thurston Moore. I didn't expect such a collaboration to be sincere, and III: Beneath Trident's Tomb should be a fine goodbye message from the band. Still, I didn't get as much as I wanted from a hyped album like this, which includes a handful of really, really talented musicians.

Twilight's song structures are confusing and baffling, trying to create a distorted image of reality and sound while playing, with most of the album being driven behind droning melodies or distant vocals. Beneath Trident's Tomb is mentally aggressive instead of purely out of sound, managing to create nightmarish layers of sounds that pretty much describe the urban disgust in the gut of it's main members. I fully trusted Imperial of Krieg in the vocal section and he completely payed of, at least the vocals are amazing.

Such strange and druggy atmosphere is very fragile, revealing a weak point of the album, which is the slowly growing apathy towards it as it moves on. Slowly, you begin to realize that you chose to listen to the album and instead you have been drifted off and do other activities (on and off the computer), leaving this as a background music. It doesn't offer much with the first couple of plays and I had to listen several times before discovering some sorrowful beauty, in slow and desperate tracks like "Swarming Funereal Mass".

There are various influences in the band, from black metal to alternative rock to sludge and so. Beneath Trident's Tomb hardly goes too fast, except maybe a part in "No Shelter Fevered Ones" and "A Flood of Eyes" which are not that good either. Behind the thick and noisy production often underlies a pack of peculiar electronic sample sounds, making the record even more creepy but not any more evil, at least to me. It's either insightful and genius or it seems to me as if the song writing is poor and unstable, lacking the needed consistency to work out.

The skills of the two guitarists are rich and they are working good together, creating some direct riffs that characterize the tracks a lot, forming the band's overall music as well. Of course, then there is the great Imperial and the rather boring and typical drumming, the least appealing aspect of the record to me. The compositions are hard to follow and rather assymetrical and even though the beat seems to keep up well, it stretches the weak points of the songs in the end. Also, I would prefer more intensity in the fast paced moments, where it seems like Wrest doesn't want to hurt the snare or something.

I appreciate the overall melancholy this album provokes. It's monotonous and catuous, having a few noise / industrial moments to help to it's cause. Yet, I thinks it's main body is not that appealing after all, consisting of purely combined song parts and spiritless melodies (is that the point or?). I can say I enjoyed some of it, like it's vocals and it's general psychosis, but I was left with mixed feelings after listening to it and I'm still not sure if this was a musical blunder done on purpose to create the aforementioned feelings.

If you take the last song of the album "Below Lights" which is also the second slower after the opening "Lungs", it's dull content of noises, vocals, a bearly listenable guitar and no rhythm apart from some drum hits (sounding machine made, was there a drum machine), is indeed not interesting. Most of the album includes such parts and there are a few improved segments that truly deserve your attention. I would say Twilight close their little chapter with an average album, like their previous one and maybe they will be called a failed mutation in the future.