These releases were sent to me via email and they are posted by request. 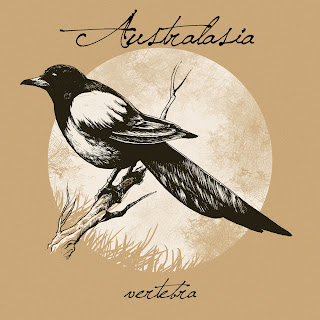 The band described their music as post-rock with elements of post-black metal and vintage electronica. This is exactly what this album sounds like and it's one of the most amazing post related records I've heard this year (even though I don't dig too deep into these genres). There are breathtaking piano lines, nostalgic melodies, Alcest-like heavy moments and generally a breath of fresh air compared to the repetitiveness of other bands. Australasia prefer lot's of short songs (4-5 minutes) instead of long tiring ones and this keeps the interest alive through the album, and thank the gods it's instrumental. Apart from some ethereal female chants, there are no vocals in the album whatsoever and that is so much better, leaving the listener with a lot of space to imagine, think and dream  with the music. The electronic additions come and go and often have the leading role of the song, while the guitar work is accurate, well written and meticulous in it's entirety. I can only think of positive things to happen to these guys in the future. A unique album from fans and not only. 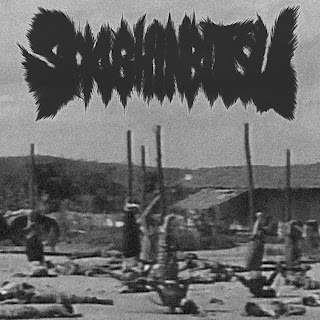 First of all, I like this band's logo. It's great. The music is a chaotic, intense piece of grindcore / death metal, combining the speedy and brutal lines of typical goregrind / grindcore with pure death metal vocals instead of ass gnarling that actual grind bands use. There are even doomy passages that remind of Autopsy (I'm positive that any slower part I lately listen to in death metal reminds me of them) like the one in "Nail Through the Immortal Hand" and "Skorne" I liked this more than a lot of respected bands in that genre and it definitely worths your time if you're into stuff like that. Some elements of dirty hardcore and powerviolence are also out and about in the record. Short but really cool.