One every month? Ok.

Intense and agressive album. It is the common war friendly side of Marduk, pumped with adrenaline all the way through its thirty minutes. It has some amazing songs like "Baptism by Fire" and "Blooddawn".

My favourite album by them. It is of some certain level of beauty, a nice combination of gothic & doom & symphonic black metal. Not much credit would be given to the drum work though.

A Canorous Quintet - Silence of the World Beyond
1996, No Fashion Records

I had listened to this album when i decided to check the whole No Fashion roster, it is one of my favourite labels. These guys play melodic death metal, with some black metal elements, the swedish way. Very nice riffs, neat vocals.

This is not a full length album, it is just a compilation, there were not so many choices. I can't say i enjoy their music a lot, but it does not bother me either. Slow doom metal songs with growling vocals, some female clean ones, gothic aesthetic and lyrics.

Im gonna comment on this album at all. Pure bliss and euphoria.

The only song i enjoyed here was Stillborn. I can't get into Zakk Wylde. It all sounds like heavy rock music for fat tattooed Harley Americans.

If you combine a progressive metal version of Iron Maiden with the evil falsettos of King Diamond, this is what you get. Considered one of the best metal albums ever, i second that.

These guys never disappoint, and this might be their best album. Thrash and thrash again.

I don't like all Napalm Death stuff, but this album is amazing. It is very close to old school death metal with the right amount of grindcore in it, its not 100 tracks of short toilet noise. Im fond of the simplicity of the riffs too, overtechnical songs rarely get the job done. Not to mention the guest vocals of Glen Benton (Deicide) and John Tardy (Obituary) in "Unfit Earth".

They had fully shaped their own sound with this album. "Conquer All" and "Slaves Shall Serve" are two of my favourite songs by them and they are both here. I kind of dig this album a lot but the dark side of me praises the early era of obscure black metal. 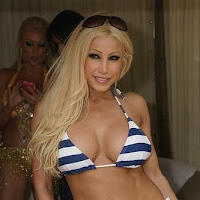