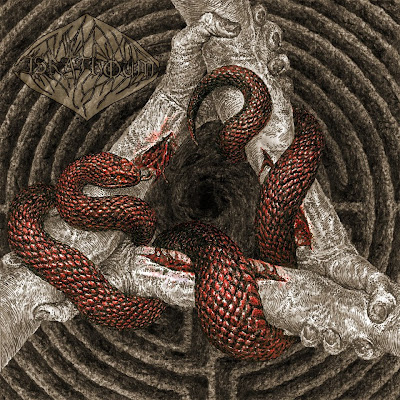 I put my total trust on this label and sign the contract that suggests every single band on their roster to every single black metal fan on this planet. Go check their shop and their bands and you will not regret this, even though im sure you have been there before if you know your shit. Israthoum's latest album helps the point im trying to make, it is a well crafted orthodox gem.

News:
1] So... Did you notice any differences from the last time you came over here? And if its your first visit, some changes occured the last hour. I decided to show the true manners of my hospitality, they do not have cute flowers, instead there are dark clouds and dark stars. Like yourselves.
2] I also renewed the "Upcoming Albums" section to April. There are some intriguing albums coming our way.
3] Added a streaming EP from a greek band called 1000Mods. Just because i don't have their album (yet) doesn't mean i can't promote them a bit, i will be doing that from now on.
4] R.I.C. David Parland, aka Blackmoon. The guy had played in Dark Funeral, War, Necrophobic, Infernal.
Written By VJ [ATYC]