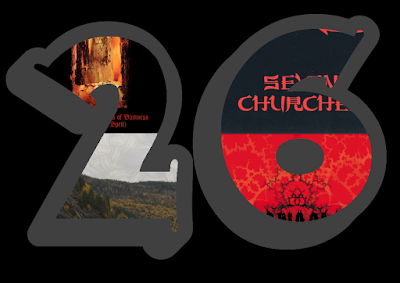 A blog was born in mid October, 2012, but this is not that kind of anniversary I'm referring to right now. On the otherwise quite unimportant date of October 16 happened a far less glamorous event, and that was of course, that it was the day when I was born. I don't know if you have ever wondering what was going on in the music world during the time that you arrived in this life, or important related events on that date etc.., and maybe this might be too much of an overkill even for listening nerds to keep track of. And while the world was jamming off "I'll Make Love to You" by Boys II Men during October of 1994, the album that gave me happiness from that month is that Impaled Nazarene's Suomi Finland Perkele was actually released on the 16th. And by the time I was two days old, and also mature enough for it, Stoner Witch by the Melvins came out. What a week!

While there are several general history websites that report events on a certain date, and also some regarding music only, it's not as clear to find such insight for underground scenes like extreme metal. I scanned through (with the help of one and only archival website for the music we love) four decades, from 1980 until today and gathered the most notable full lengths albums for myself, covering material from late Thin Lizzy albums to Throane's latest EP Une Balle Dans Le Pied, which was released this morning. Just the process of going through all these records gives a good grip on something that is important only to you personally, so I hope this post works not so much to spread music knowledge but as an idea to other list obsessed fans of music, or movies, or whatever you're into. 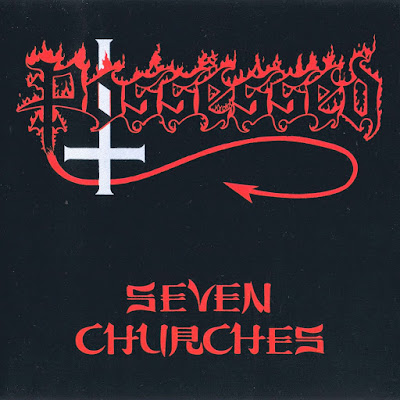 Who would have thought? Arguably one of the most influential albums of the pre-death metal era that helped the formation of the genre like no other, by a band that put out material that has withstood the test of time and is still respected, listened to and appreciated by the whole scene. The cover of Seven Churches is iconic by now, for it's simplicity and for what it represented for its time, and while Possessed didn't play straightforward death metal as it sounded a bit later, they were quite more aggressive than regular thrash metal bands of that time and also coined the term with the track of the same name. Of course, If you look enough, there are obscure and extreme bands around that time. But who had the biggest impact on the world might not be up for discussion.
Gehenna - Seen Through the Veils of Darkness (Second Spell) (1995) 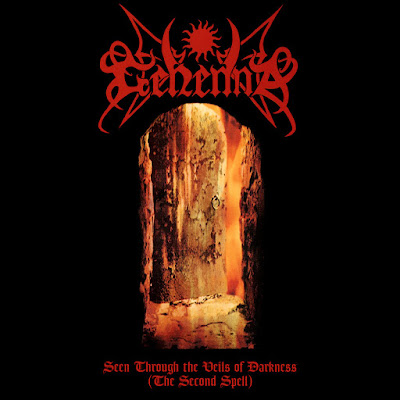 There have been ups and downs with Gehenna, and apart from their early albums, strongly alligned with the Norwegian spirit of the second wave, I didn't follow the band to their later steps. Their concept trilogy though (First, Second & Third Spell) still have numerous memorable tracks that depict very well the black metal sound of the time, with Second Spell having, for me, the best moments of the band as a whole. Tracks like "Lord of Flies", the self-titled, or "A Witch Is Born",  or "Play of Shadows", are just a series of impressive riffs, through noisy guitar and hefty background synth play (one would say, that Manes might have been influenced from this, but from a distance). Through the Veils of Darkness is a great starting point if you want to know the good side of Gehenna.
Anaal Nathrakh - Eschaton (2006) 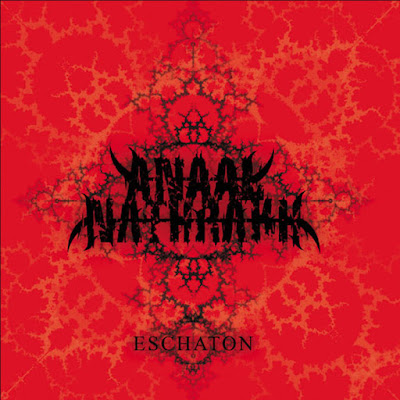 I think Eschaton is the album I got into last from the Anaal Nathrakh catalog, mainly because I really had ill thoughts about the production at first. It was also the time when I think the band saw some more success with specific tracks, like "Bellum Omnium Contra Omnes", or "Between Shit and Piss We Are Born", with the latter being a hit even? Such an epic and heavy can't go unnoticed, and what also works is that these two tracks are the first two tracks from Eschaton. I don't feel like listening to each and every track off this record again and again, in fact I might skip one or two, but it was a great comeback from the unsteady Domine Non Es Dignus in 2004, and it's definitely heavy. Unfriendly and heavy, like "Waiting for the Barbarians".
Winterfylleth - The Ghost of Heritage (2008) 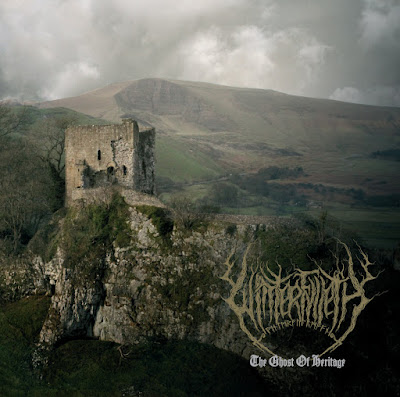 On the contrary to the previous choice, The Ghost of Heritage is an album I can easily listen to whole, on repeat. Winterfylleth's debut fulfilled the hopes people would have had after listening to the very promising demo Rising of the Winter Moon in 2007, with a brilliant atmosphere, deep compositions and well written, interesting lyrics about interesting topics. The band dances around fast tempos, slow parts with epic vocals, acoustic parts, mellow and harsh moments, with such ease it feels you at home can also do it. As history proved, they had a big future ahead of them and until now I don't know if any other bands from the UK can match them. The Ghost of Heritage still didn't have the totally polished sound their later records, have and that surely is a certain plus for some. Going back to this release given this opportunity felt good.
Panopticon - Autumn Eternal (2015)

I got last to the Panopticon wagon, and I have still not listened to the band's whole discography. One of the most highly praised black metal bands of the last decade, probably because of how well it combines atmospheric black metal with elements of old traditional US folk into the body of its music. Not only it's executed with accuracy and efficiency, there haven't been many bands to go down that road and come out triumphant, but Austin Lunn, the mainman of the project, is such an honest musician, with great talent, and his native soil has influenced him in the best possible way. Autumn Eternal is my personal favorite album from Panopticon clearly because of track preference, and it's the first thing that comes to mind about this band, because each track in here is, frankly, close to perfect.
~~~~~
There's much more to look into from all these years of course, but these five albums came out as the most natural picks for me when listening to a bigger pool. Some other picks:
Dream Death - Journey into Mystery (1987)
Impaled Nazarene - Suomi Finland Perkele (1994)
Judas Priest - Jugulator (1997)
Incantation - Primordial Domination (2006)
Furia - Nocel (2014)
This Gift Is a Curse - All Hail the Swinelord (2015)
Thy Catafalque - Sgùrr (2015)
Zemial - The Repairer of Reputations EP (2016)
~~~~~
And after all, if you like listening to music, don't you want to know what came out on your birthday?
on October 16, 2020