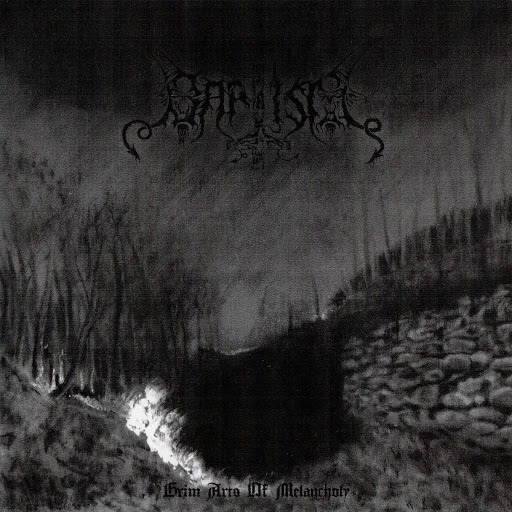 Baptism kicked back wonderfully with the release of Grim Arts of Melancholy in 2008, three years after their least appealing release, which in my opinion was 2005's Morbid Wings of Sathanas. In this album, they improved on several sections that they needed work: the compositions are much more crushing and addictive, the sound is dusty but not inaudible, the vocals are comprehensible and the body of the record is thick and solid, setting Grim Arts as a glorious representation of what Baptism can achieve musically. They don't fall into the stagnating trap of sounding like any other Finnish black metal band out there, they dance between slow, depressive melodies and faster parts with all-in-all impressive ideas and menacing riffs. The album is emotionally charged, channels its negativity and communicates the message of the band rather convincingly. Of course, Baptism went on and released more quality material the following decade (As the Darkness Enters in 2012 is still one of my favorites from the 10s era), yet this is the album to come back to when thinking of this band. Tracks like "In this Painful Life" and "Only Death" flirt with DSBM directly, the opening "A Dream of War & Illumination" is a true black metal anthem, while "Depressed Void" is one of the most memorable songs they have ever composed. Grim Arts of Melancholy is a well rounded record, emotionally charged and with strong attitude, in what could have been the peak of the band at the time.
Listen to Grim Arts of Melancholy:
on July 12, 2020