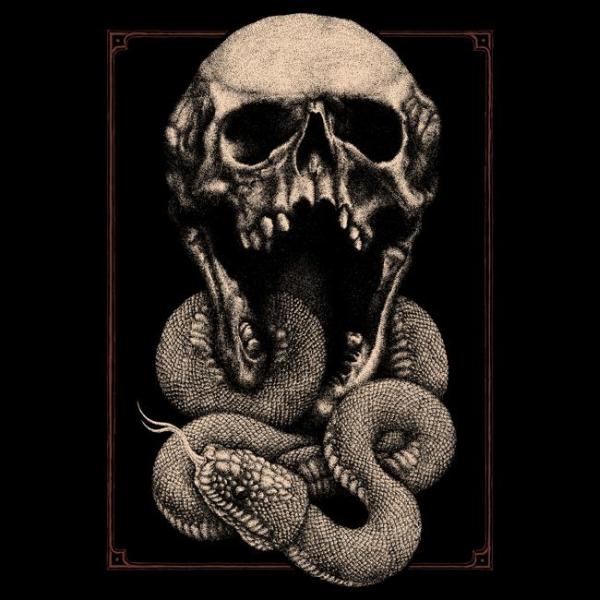 In 2012, I had made an order to a local underground label containing various goodies, yet one of the tapes that I had asked was actually not available anymore and the owner, took the liberty to include something else of his own as a gift. When we talked, he mentioned this swap of items and expressed his curiosity on my opinion after I open the package. Back then, I bought albums as frequently as I do now, which is not frequently at all so I was quite meticulous with my picks and where my pocket money were going, yet I trusted this distributor and his work in the scene around my area.

And while I cannot recall the complete order, I do remember the extra gift tape was the debut EP by an upcoming band from Iceland named Chao, a release that had already been taken care off by Terratur Possessions, a label I was fascinated with at the time. The name of the mini-album was Spiritus Sankti, it featured three tracks and merely twenty minutes of music,  presenting an ambitious band with intrinsic potential that made me stick to the material of the tape for quite some time. The Icelandic black metal scene had not yet exploded worldwide at that time and the only similar album in my knowledge was Svartidauði‘s debut Flesh Cathedral, a to-be-considered classic record I had acquired from the same distributor.

Two years later, Sinmara left a serious mark by releasing their aggressive debut Aphotic Womb, which made it impossible for me to miss it as it was completely within my musical demographics and absorbed one positive review after the next from all around the internet realm. I didn’t realize maybe until 2015 or so that this band was actually the well-reformed progression of the young band Chao I had discovered almost by accident two years ago, who, along with changing their name, had grown and improved their craft all across the board. Only a handful of albums I have listened to whole on repeat so much like I have done with Aphotic Womb, more because of how violent and pleasing it is, than perfect. 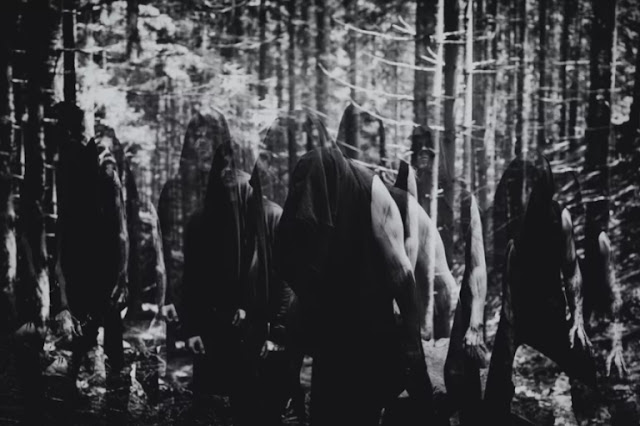 I maintain a belief that instrumentals and interludes in albums can tell a lot about a band’s mindset despite taking up a small portion of the total content, and the two instrumentals in Aphotic Womb are totally dominating. The opener “Katabasis” is a proper rocker with some distinctive riffing, as is “Stygian Voyage”, where more melodic passages are employed and a more noise / dark ambient part towards the end, but thankfully Sinmara don’t rely on that.

After the introduction and when “Cursed Salvation” kick starts, the record’s heavy atmosphere takes control completely. The band unleashes a load of menacing guitar lines, played in fast tempos but showcasing eerie melodies that flourish above the intensity of the compositions and the harsh, raspy vocals. Aphotic Womb‘s flow is nearly perfect, just the sequence of “Cursed Salvation” to “Verminous” and then “Shattered Pillars” is impressive to say the least, and has many of the album’s highlights. From the outstanding drumming in “Verminous”, to maybe one of the most memorable black metal guitar riffs I have ever heard in the introduction of “Shattered Pillars”, Sinmara had carefully forged this masterpiece to be poisonous no matter where you touch it from.

They were also pretty comfortable in writing as long of a track as they wanted to, with the last and longest piece “Mountains of Quivering Bones” being another potent highlight. It is hard to find a musically comparable record, maybe a way to describe Aphotic Womb, and part of the Icelandic sound, would be a distant bastardization of Deathspell Omega and modern Swedish black metal (bringing very slight notes of the latter in the ominous introduction of “Teratoid Crossbreed”), but it is impossible to relate to anything else accurately as this is, the personal sound of these musicians. 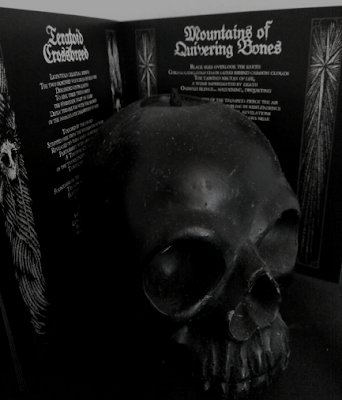 I finally bought Aphotic Womb, along with the second full length album of the band, Hvísl stjarnanna, at a gig I attended last year when I saw them live for the first time. The band delivered the strangling mayhem I wanted to experience that night, where the only words that came out of them apart from executing their setlist was the emphatic statement “We. Are. Sinmara” after everything had been set up for them. Needless to say how neat the package is with this jaw-dropping cover art, displaying some additional, awesome drawings and the brilliant lyrics of the album throughout the pages of the booklet.

By now, this scene has took off and achieved high popularity around the world and outside of the underground, after the outbreak of Misþyrming and their debut in 2015, but they are not the only band in these ranks. Sinmara are definitely one of the most interesting acts out of the country and a fine example of heavy loaded, pompous black metal that looks as high up as possible. Go through the album in its totality, there isn’t a single track to spare, and that’s the case with the band’s rest of discography too.