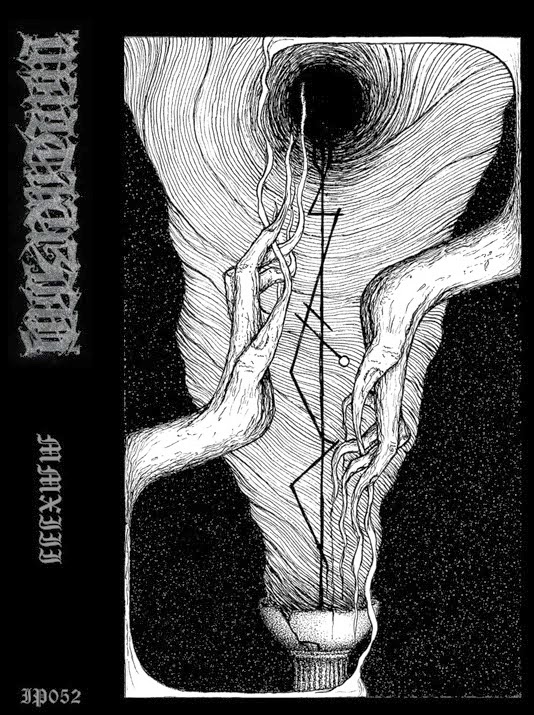 Malthusian is one of the bands that devastates the stage with a shameless drowning black / death metal sound, inciting immense darkness and nothingness with their music. Even though this is the debut demo and only release of the band, they have been receiving good comments and I'm just here to add to the pile, since MMXIII Demo is just too powerful to be ignored and needs to be heard by everyone. I'm a sucker when it comes to bands like this anyway, since they usually stay underground and when milestone black metallers fail, dudes like these come to offer some pure inbred hatred to fill their shoes.

MMXIII contains three tracks and clocks a total of twenty four minutes, ranging from crushing fast paced parts a few doomier moments here and there. The production creates a thick and inhuman sound similar to bands like Cruciamentum or Grave Miasma, providing the listener with enough to deal with from the first seconds when wrapped into it's madness. Therefore, this demo sounds similar to an underground old school  / orthodox death metal record, focusing a lot on down-tuned, tormenting melodies and punching bass. It already feels that I'm advertising the band but they're that good, really.

The compositions themselves include some of the best stuff I have heard lately, making me wonder how come I've missed them, as searching for obscure bands is mostly what I do during my free time. Malthusian's diversity ranges from funereal doom, to old school death and black, along with some parts of technicality, all fused in an insane but gorgeous way. A bit of noise is constantly lurking behind the instrumentation for atmosphere purposes and there is an instrumental three minute intro part during the first track "Wraith///Plague Spore" which sets the mood. When a riff rises from the chaos, it's a dissonant and cutting line that shows the band's song writing ability, with amazing melodies arriving in accurate moments.

If something also drew my attention, it was the strength of the vocals in the demo and apparently three out of four members (everyone except the drummer) are offering their services in the tracks. There are awesome demonish growls and painful harsh screams, moving along with the song structure and nicely spitting the lyrics whenever feels necessary. The voice itself give a certain character to MMXIII and I guess it would not be the same without them and I guess it has such variety due to the different members doing different lines. It's always good as long as the result is legit, and this is way above legit.

It seems like the concept of the band is unusual too, talking about the Malthusian catastrophe and you can find information about it here or here. It's obvious that we have to do with a band with great potential and a future of glory in the underground, as long as they continue like this. It's a very good first demo that will please the fans of this style and maybe give them something new to chew on for some time, as there are more into this release than you think (or listen, probably). And if there is a modern necro sound, this is it.