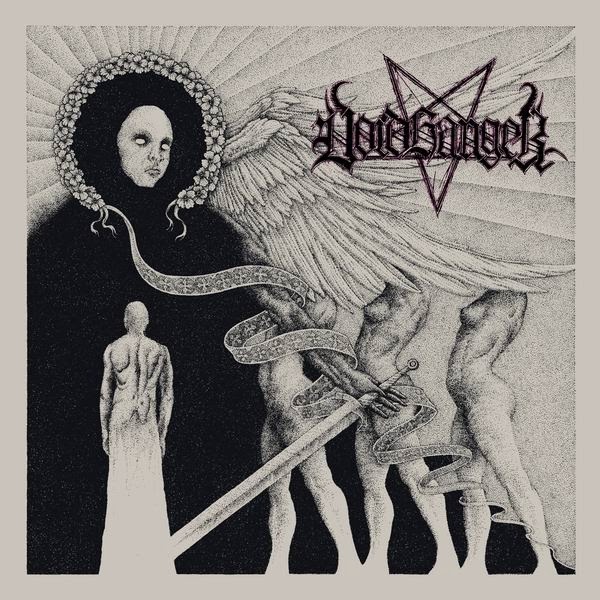 Voidhanger hail from Poland and they count three releases and two full length albums already, which is a fair amount for a band that has formed in 2010. The band seems well tight already and they have been tickling the attention of the scene since their first Wrathprayers, which was a notable debut by all means. With a post modern title like Working Class Misanthropy, the new record has come to stay and it marks an imposing message for all the fans of black / death / thrash metal. It contains eight songs and thirty three minutes of music in total.

The band dodges the typical concepts of extreme metal in their new record, which isn't totally anti-religious lyrically. Instead, they display their own shaped form of urban hatred, which is a nice break from all the same, all the time. The blend of musical elements they play is also quite personal, as you can hear all kinds of groovy, edgy and heavy melodies throughout the album. I don't know if there is a reference to Darkthrone's "I Am the Working Class" at all, but listening to this reminded me a bit of them, especially in the second and self-titled track. "A Song for Lennon" is also an unusual title for a black / death metal band, even though the actual music isn't as soft as it sounds.

The musicianship is fairly solid and there is an obvious variety of sounds in the album. I really liked the shouting vocals of Warcrimer, which are raw and hurtful, while the rest of the instruments are also great. Priest controls the drums quite good and throws a couple of tricks in there (there is a ride in a couple of lines), as well as the standard playing at various black / thrash / punk moments like "Uniesienie". The guitar work is attractive and it derives from various metal subcategories combined, both old school and state of the art (like the two phrase samples in the first and last song).

In general, Working Class Misantropy is a fast paced record, containing all kinds of headbanging moments. Voidhanger continue their steady and solid way with this energetic and quite interesting offering, which should help in building a fanbase. They have already opened for acts like Inquisition and Nunslaughter, it's a band to look out for in the future.