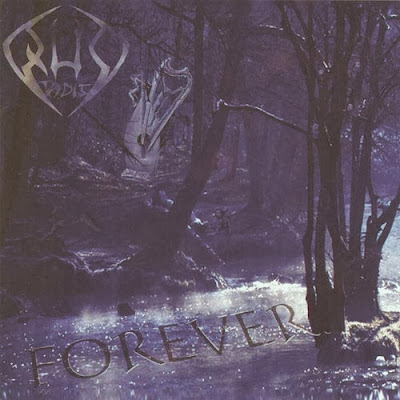 | Find your own reality |

I have connected melodic death metal with state of the art bands of today even though it has somehow been around from the mid nineties, mainly in Sweden but in other places as well. Even though it was not complete formed, it was already seperated from pure death metal because of the significantly less agressiveness and more melody, Quo Vadis being such a band. Listening to them, you probably won't say you were blown away by their raw brutality and I hardly think it will move you at all.

It's not that something is missing. On the contrary, the album has all the elements of melodeath, from acoustic / violin parts, to shreddy riffs and changes between high and low growls, at the appropriate level of complexity and variety and the musicianship is remarkable. The talent of these guys was not missing back then and the musicianship on the record is remarkable, but it is overshadowed by milestones of it's time like Slaughter of the Soul or Heartwork. That shit was memorable, while Forever isn't. What is more, the production really keeps everything back here. It's not clean enough and a bit fuzzy in the main parts of the album and while it might be considered solid for then, it would be much better if a better arrangement was done.

The pace is constantly changing and the tracks don't lack musicality, each musician in the band is a beast. There is an excellent guitar work with lot's of fast riffs, the bass is clear and ultra heavy, the drums are magnificent and the vocals include more than one style in their calibre. The album seems to be constantly expanding with new elements and sounds, even though they are missing a purpose. I didn't discover an overwhelming moment in the album, even though it doesn't fail in terms of technicality. The potential of the band can be heard on each note, but in a young and immature stage. Several experiments went on, like the female vocals on "Nocturnal Reflections" that didn't work out at all, while the use of the violin was average.

This is a legit album as a whole. While all the components are here and with plenty of possibilities to rise succesful, Quo Vadis throw a stone in the water and nothing happens. There are some narrating moments of atmosphere with clean vocals and all that mellow song writing that reminded me of gothic metal and I really didn't like it. I would say this is a viable album for melodeath fans, since the band is somehow popular and this was their first attempt. But for me, I don't think I'm coming back to this release anytime soon.