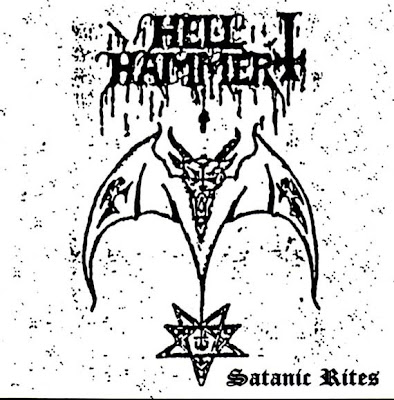 This demo was originally released in tape format only and i would be happy to have an original copy of them, but i don't. I have it as a CD and its probably unofficial since i remember i got it from a local metal zine several years ago. They even put a wrong tracklist on the back cover with 11 songs instead of 12. Like that isn't cult enough for you.

It surely is amazing how this is one of the most important acts of the first wave of black metal, they have influenced so many bands with yet few releases and short active time (1982-1984). But hey, when Von woke up again and release albums, what can we say. At least these guys here haven't fucked everything up.
on March 22, 2013