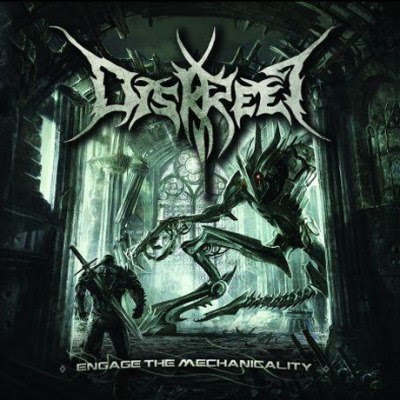 
I have several Siege Of Amida releases, since they are having some really good offers for albums and merch now and then. This band is new and this album is their debut, still it is considered a massive machinery in the field of techdeath.The guys are skilled musicians and they create blasting songs, recommended for technical death metal fans.

Only thing i need to point out after listening to this for 3-4 times, is that the guitar sound sounds a bit weak, it could be perfect sound quality (a.k.a. Fleshgod Apocalypse's Oracles). Not the album you would include in your top 10, but still enjoyable.